Chamomile is the common name for several daisy-like plants in the Asteraceae family It's so easy to grow and you can harvest and dry the flower heads to make your own soporific chamomile tea, just like Peter Rabbit had in Beatrix Potter’s children’s books. Chamomile is naturally caffeine-free and has been used since ancient times for its calming properties. It’s also called the ‘physician’s plant’ by gardeners who believe it helps to revive ailing plants when planted close to them. 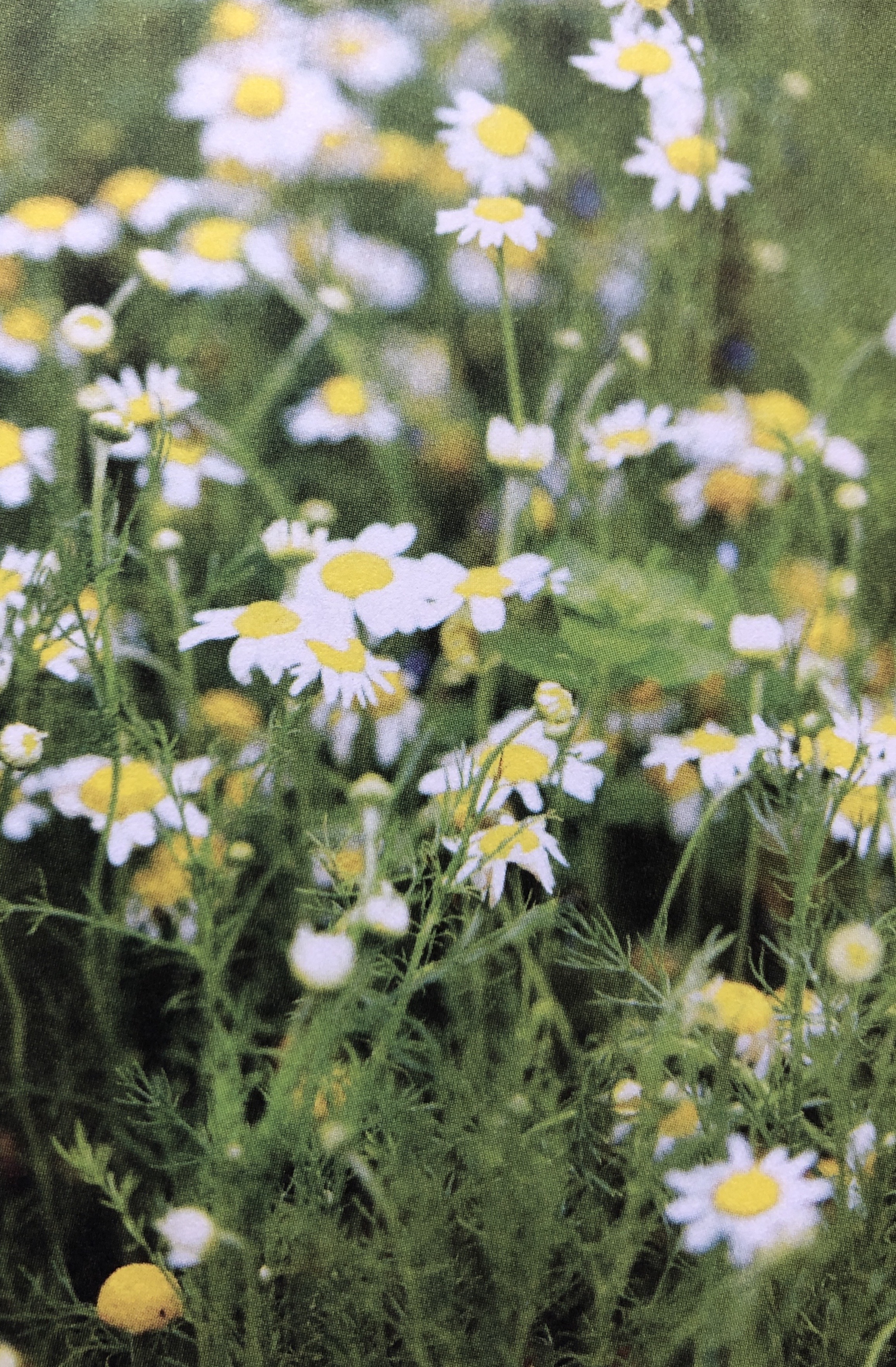 The list of chamomile’s health benefits seems endless. According to an Ohio State University study, chamomile contains apigenin, which can halt the spread of cancer (apigenin is also abundant in parsley and celery).  Yet another study at the University of Texas found that driving chamomile tea helps to keep diabetes under control by decreasing blood glucose and insulin levels and improving antioxidant status.  It’s also known to soothe an upset stomach, ease menstrual cramps, make your hair shine, help with insomnia and boost the immune system.

What to do in a Glut

Dry to use in making chamomile tea.

Chamomile can be used fresh or dried.  There are man more ways to use chamomile than just making tea - you can use it in ice creams, panna cotta and custards

Infuse 300ml cream with 20g fresh or 15g dried chamomile, warm gently but don;t allow to boil.  Strain out the chamomile once it has infused.  When it’s cold, whip softly, serve with fruit salads, ice cream or panna cotta

1-2 teaspoons chamomile heads, depending on size, into a china teapot.  Pour boiling water over the flowers and leave to infuse for 3-4 minutes.  Strain into a cup or glass , add a little honey if your wish, sip and savour.